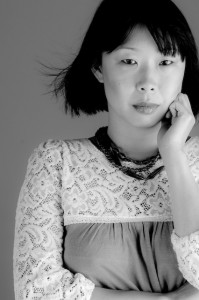 Ruth started her career as a pianist, having made her first TV appearance when she was just nine years old. By the age of ten she was regularly accompanying local choirs, leading her to perform at International Festivals such as the Llangollen International Musical Eisteddfod. As a pianist, she frequently won regional music competitions. Ruth read music at Oxford University, where she specialised in orchestration and composition. She continued her education at the Royal College of Music, obtaining a Masters in Composition for Screen, where she studied with leading film composers such as Patrick Doyle, Gabriel Yared, Joseph Horovitz and Dario Marianelli.

Ruth’s musical journey so far includes composing and performing soundtracks to silent films (for example Around China with a movie camera and Piccadilly revisited). Her live performance compositions have been performed internationally. She has played in indie bands such as Ghost Orchestra and Paris Motel, and is an orchestrator and lead keyboard for the iconic 1990s clubbing brand Miss Moneypenny’s ‘Night at the Proms’ tour.

Ruth is also a renowned composer for film and television. Her soundtrack for ‘Around China with a Movie Camera’ (British Film Institute) has been performed at Flatpack Film Festival, Hippodrome Silent Film Festival and China Changing Festival at Royal Festival Hall, London. She has also composed for television documentaries including ‘A Very British Airline’, (BBC), ‘Attack of the Pentagon’ (Discovery Channel) and ‘The Trouble with Pirates’ (BBC). Her latest feature film ‘Faces’ (DreamCoat Productions) is due to be released later this year. As composer’s assistant, she has worked with critically acclaimed Dario Marianelli, collaborating and orchestrating on films such as ‘A Long Way Down’, ‘The Brothers Grimm’, and ‘Pride & Prejudice’ (nominated for Best Score at the 2006 Academy awards).

Loved @totoro_show so much last night that I had to watch the film again this evening to compare notes to the stage version, saddo that I am. Was truly amazing what was achieved on stage! @TheRSC @tommortonsmith

Making the call early: next year's olivier is going to the tongue puppeteer for @totoro_show.

Well My Neighbour Totoro was rather amazing. Was so magical, a real homage to the film with a gorgeous score to boot. And to see so many East Asian being brilliant together brought a tear to my eye. Finally we are visible
@TheRSC @BarbicanCentre #1stpreview #MyNeighborTotoro

Right then! Some Production shots for The Doncastrian Chalk Circle, a National Theatre Public Acts and Cast co-production. Congratulations to all the incredible creatives, company members, producers, crew, makers, and participation team who made this show happen.